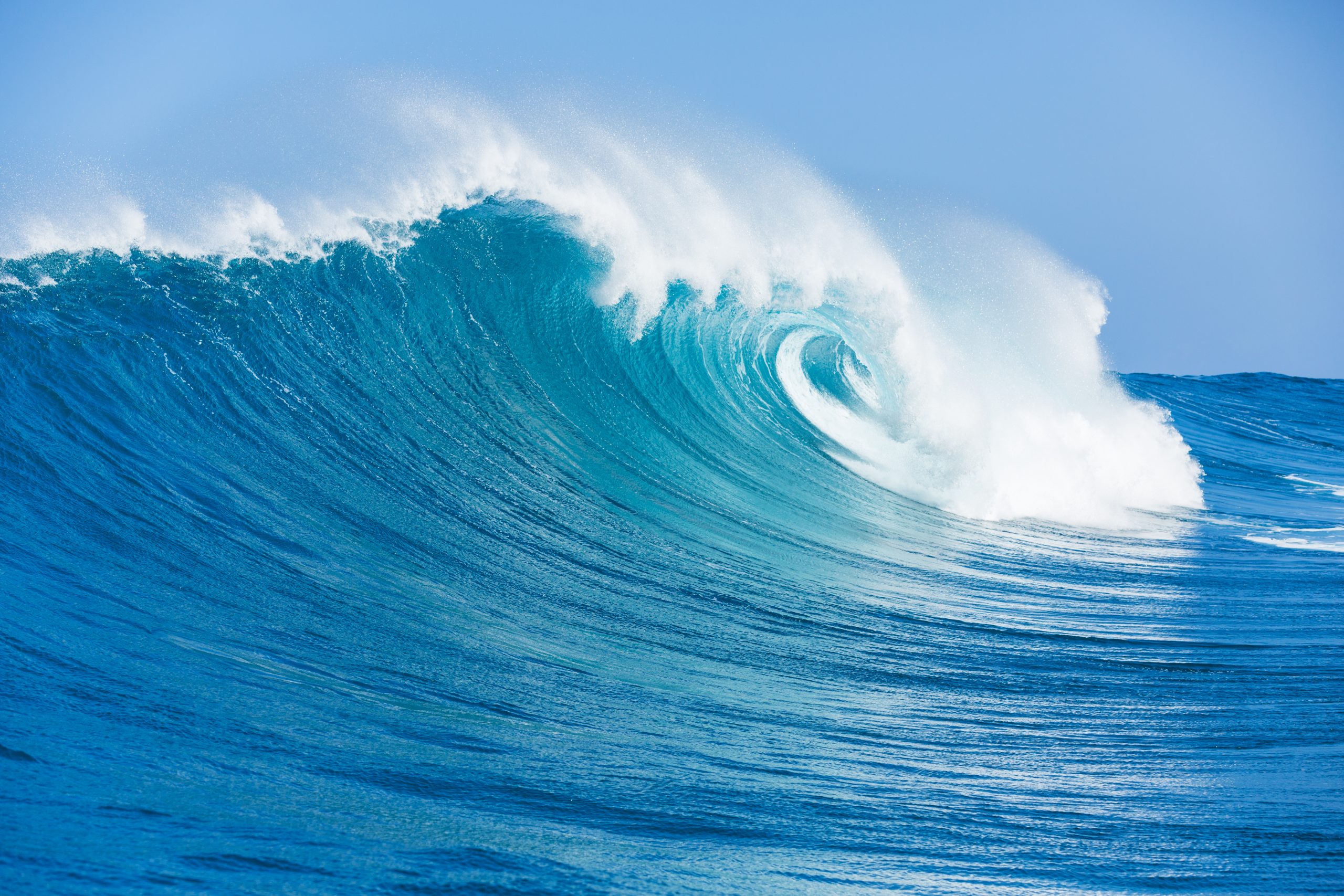 "It's Like A Dark Cloud That Wont Go Away"

Depression is one of the most challenging, yet one of the most common psychiatric disorders.  Different from popular belief, it is not prolonged sadness.  Sadness is a normal and expected part of being alive and human, depression is not. Depression is actually not an emotion, it is a state of mind in which emotions are being suppressed. To “depress” something literally means to push something down.

Underneath the surface of “depression” there is often internalized anger, helplessness, regret, disappointment, self-criticism, unworthiness, meaninglessness, fear, or fatigue from prolonged anxiety underneath a depressed state. We have also noticed that depression occurs when people are disconnected or not meaningfully connected to others. In more relationally oriented depression, relationships patterns and habits need to be worked out as well as the early, underlying relational templates involved. Depression is not a discrete disorder in and of itself but a signal on the dashboard of your life. It’s time to talk to someone.

In terms of the signs on the dash here’s what to look for. Although unique to each person, there are some common experiences to depression. One of the most prominent symptoms is called “Anhedonia” or the inability to experience pleasure.  Things you once enjoyed just seem dull and bland, your motivation is zapped, and you find yourself wanting to isolate or be alone.  Those who seek help for depression often report feeling “like a black cloud is always hovering over me” and are burdened by excessive guilt.  Changes in appetite and sleep are often common too.  In fact, difficulty falling asleep and/or waking up early in the morning without being able to fall back asleep are common early symptoms of a depressive episode. Excessive fatigue, irritability, feelings of emptiness, and difficulty concentrating are other common complaints. Those suffering from depression often notice that it has become a habit of mind to ruminate on the past and find it incredibly difficult to remain present.

Good news is, it is easily treatable! This is a process that works. We have helped many face their depression and the issues underpinning the symptoms. Many report a sense of regaining their old vitality (or finding it for the first time).  Don’t wait until it takes over your life, the earlier you seek help, the better off you will be and the more likely you will be able to avoid depressive episodes in the future. The research is consistent on this. Reach out to a depression psychologist today via the “our team” link above.

What's the outlook for people with depression?

Although people with depression share a common symptom pattern the “course of illness” you could say varies. Recovery is based on individual factors as well as obtaining quality care. This is well documented in the literature; certain clinicians are more effective than others in treating the disorder. Each person’s recovery is different and unique to the person as well as the severity of the depression. Many recover within a few weeks to months and yet in a smaller percentage, estimated around 20% (NIMH, 2020) of people the symptoms don’t entirely go away. For those, learning how to identify early warning signs, manage depressive episodes, and become more skillful in navigating depressive states is crucial. For those, reducing the intensity and duration of depressive episodes is totally realistic and achievable. There is a better life waiting.

What are the treatments for depression?
Effective treatment modalities for depression include Cognitive Behavioral Therapy (CBT), Interpersonal Psychotherapy (IPT), Psychodynamic Therapy, Acceptance and Commitment Therapy (ACT), Insight Oriented Psychotherapy, Logotherpay, Neurolinguistics and Humanistic/Existential. Our team uses an eclectic approach, pulling from all of the major evidence-based practices. We find that treating depression is most effective when you utilize the key elements of the most beneficial methods and apply them uniquely with each patient. Last, but not least, we approach treatment holistically and honor the role of health, diet, exercise, social, and stress factors involved in your recovery.
What are the symptoms of depression?

Being sad and being depressed are very different things. Sadness is a normal response to events in life, lasts a brief amount of time, and is actually healthy to experience. It is a common misunderstanding that depression is prolonged sadness. Rather, depression is a condition that some are vulnerable to and involves a combination of genetics and early environmental influences.

The subjective experience of depression is one in which people feel a sense of sedation about life, a sense that even sunny days feel cloudy. The depressed mood typically lasts every day for at least 2 weeks and includes feelings of emptiness, hopelessness, and fatigue. People report totally losing interest in activities they once enjoyed, weight loss or gain, low self-esteem, sleeping too little or too much, lethargy or edginess, feelings of worthlessness, experiencing excessive guilt or preoccupation with the past and mistakes, difficulty concentrating or indecisiveness, and suicidal thinking.

How is depression syndrome diagnosed?
Major Depressive Disorder (MDD) and other depressive conditions are best diagnosed by a clinical psychologist. Your therapist will spend some time in the beginning of therapy really getting to know you and your unique story – we know what questions to ask to help understand what may be going on. In doing this, we want to obtain a thorough personal history, identify symptoms, and explain to you directly your diagnosis and the key elements to address in treatment as a part of your personal recovery plan. At times, we will provide additional psychological assessment measures if things seem unclear. Our systems allow you to complete these measures at home at your convenience and we can discuss the results in the following session.
What are the types of depression?

There are four main types of Depression. First, and the most common, is Major Depressive Disorder also known as MDD described in the “symptoms” question above. Dysthymia or Persistent Depressive Disorder, is another type of depression and far less common. As stated in the name, it is chronic and ongoing. The depression seems to always be present to a milder degree, however, within that disorder, people can still experience depressive episodes as a part of the illness. In order to be diagnosed with Dysthymia the symptoms must be present for at least 2 years and only 1 year for teens. Also unique to teens, the symptoms tend to present more as ongoing irritability as compared to adults where the most prominent feature is the depressed mood.

The last two depressive disorders are subtypes. Unique to women, there is a specific type called Premenstrual Dysphoric Disorder (PMDD). In PMDD, depression tends to set in during the final week before the onset of menses and becomes minimal or absent in the weeks post menses. In addition to the core features of depression, those with PMDD also experience anxiety, mood swings, and irritability. Lastly, Seasonal Affective Disorder, ironically acronymed SAD is a seasonal depressive condition in which people only experience depressive episodes that correlate with certain times of the year. It is most often seen during the fall but it is not uncommon for it to set in during early summer months too.

Who is at risk for depression?

Risk factors for depression include a family history, chronic stress, history of trauma, gender (females typically more), poor nutrition, substance use/abuse, and certain personality traits. One study found that certain people who experienced depression without other causes scored high in neuroticism and harm avoidance and low in self-directedness and cooperativeness. Another study found that this same subgroup was more introverted and reported feeling more vulnerable/insecure, got stressed easily, were less organized, impulsive, and procrastinating.

Lastly, it was recently found that those who experienced early loss in the first few years of life were exponentially more likely to be diagnosed with depression as an adult. It is well known that some types of depression stem from loss and grief called “complicated” or “unresolved” grief. Healing major wounds pertaining to loss can be vital to recovery in some. This doesn’t always have to be about losing a loved one, it can also be about losing one’s own capacities or sense of future.

What can I do if I have depression?

If you are reading this and think you might have depression please reach out for help. There are lots of qualified providers who can help you get back on your feet. You don’t need to continue to suffer in this way. Please know that there is hope and people who care out there. We are a group of those people. We have seen so many beat this disorder and get back to living a life they enjoy. Call or text anytime, day or night, and we would be glad to get to know what you are going through and help you schedule a session with us.